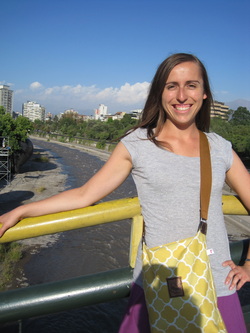 Hello!  My name is Julie Whattoff.  This is my fifth year at BES and I am so glad to be a part of such a wonderful supportive school and the BESt team-2nd grade!

A little about me:
I was born and raised in San Diego, so I am a beach girl at heart, but I traded my lovely Pacific for the majestic mountains of Colorado and I don't know if I'll ever leave now!  I graduated with a BA in Spanish from Gonzaga University in Spokane, WA, where I also earned a teaching license for Elementary Education.

I taught Kindergarten Literacy in Spanish and Elementary Spanish in Eagle, CO.  Even though I had a great job there, I wanted to try something a little different while I was still young and not yet settled down so I decided to teach English in Santiago, Chile for one year.

What a year I chose to be in Chile!  Only one week in, I survived a 8.8 terremoto (earthquake) and countless aftershocks thereafter.  I also was there for a new President, the World Cup, the Chilean Bicentennial celebration, and "Los 33" (the Chilean miners, who, after being trapped underground and presumed dead, were found to be safe and rescued).

In Chile I taught English to students from Kindergarten all the way to seniors in high school, practiced my Spanish, and was fortunate enough to do some traveling.  It was an amazing year and I learned and grew so much as a teacher and as a person.

After Chile, I returned to Colorado and was able to get the job I have now.  I am so happy to be part of a school with bilingual education- my biggest passion in life.  How fortunate these children are to be able to know two languages at such a young age!  I hope to be a part of BES for many years to come.

In the summer of 2013, I got married and my name changed from Ms. Wolf to Mrs. Whattoff, so if you hear students calling me Ms. Wolf every now and then, that is the reason!

In 2014, I went on maternity leave starting on the first day of Spring Break when I had my beautiful baby, Penelope.  So far, I love being a mom and I hope that my little girl will have the privilege of attending BES as well when she is older.  Here is a picture of my little family: 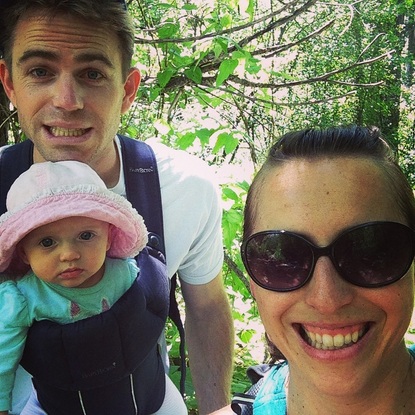